As the name suggests Aceh Kratom is native to the northern extremity of the island of Sumatra in Indonesia named Aceh. Also known as Aeheh, Achin and Atjih is a largely mountainous region which is surrounded by water on three sides, Indian ocean to the west and north and the Strait of Malacca to the east. The region of Aceh is very fertile and offers an environment conducive to the growth of Kratom. Aceh Kratom is harvested from Kratom trees that grow around the rivers, nestled amongst the hills and mountains. These areas have a rich soil and an environment filled with nutrients. An ideal soil combined with favourable climactic conditions gives the Kratom grown in this region a high alkaloid content. Aceh Kratom when compared to more popular strains like Maeng Da Kratom is a bit more difficult to find. When it comes to quality however it matches Maeng Da as Aceh Kratom is a potent strain of Kratom and its effects will be visible once you try it.

What Are The Different Types Of Aceh Kratom Available In The Market?

Kratom is not one homogenous product with one use, it has multiple strains like Maeng Da and Aceh which are further divided into the different veins of Kratom. Aceh Kratom too is available in red, white, green, and yellow vein types with each vein displaying its own effects.

Red vein is one of the most popular strains of Kratom, especially the Red Bali Kratom. Red Vein kratom is typically made after red kratom leaves are processed with a lot of sunlight and UV rays. As far as potency is concerned red vein kratom is typically considered the least stimulant of all 4 veins. Red Aceh Kratom is used to enhance one’s energy and stimulate a feeling of euphoria and wellbeing in a person. Consequently, it is most useful for individuals suffering from stress or depression as it is a confidence booster. According to users, the Red Aceh is the mildest red vein Kratom the have used, but it must not be forgotten that it is still a potent strain so its dosage needs to be controlled.

White Vein Kratom is perhaps the most potent strain of all the 4 veins. It is said to be an acquired taste due to its intensity. White Vein Kratom is formed after young Kratom leaves are harvested when their veins are still white. After they are harvested, they are dried entirely indoors with no sunlight. Although it is popular white vein Kratom is still not as popular as red vein Kratom. White Aceh Kratom in specific is similar to all white vein Kratom strains as its main impact is boosting productivity. It provides the user with a sense of mental clarity and a renewed sense of motivation. This allows individuals to focus better when performing any task. At the same time White Aceh Kratom also serves to provide mild to moderate pain relief. White Aceh is recommended for individuals who have no experience in using White Vein Kratom. People who haven’t had a taste of the invigorating effects of white vein kratom, and want a medium potency strain will love the White Aceh. On the other hand, individuals that want a potent strain should try out White Horn, White Elephant, and White Maeng Da.

The green strain of ketum is the most widely used strain amongst beginners. The green vein kratom is an intermediate of sorts between the red and the white veins of Mitragyna. The green veined Aceh Kratom is grown by providing the leaves of the trees a longer time to mature and keeping them under the sun. This gives the leaves the darker green coloring which is often associated with the green vein of every kratom strain. The smell of the green strain is also stronger and earthier as compared to the other strains. The effects, as mentioned above, are an amalgamation of the effects we get from the red and white veins. It gives you a more mellow sense of stimulation as compared to the white strains but still allows you to focus better on the task at hand and hence betters your work ethic. On the other hand, it also helps you relax and gives great pain relief that is offered by the red vein of kratom. If you are searching for a balanced effect that allows you to better function in your routine, Green Aceh is the strain for you.

There is much misconception about the yellow strain of Mitragyna being a naturally growing one. Some people believe that it is formed by letting the leaves grow for a long time under direct sunlight or UV radiation. This gives them the yellow hue which is associated with the yellow vein. Others believe the yellow veins of various strains to be a blend of all three naturally growing veins i.e. the white, green, and red leaves. Due to the rare availability of this leaf form, the debate about the origin of the yellow vein is still widespread. The same is true for yellow Aceh Kratom. Only a few vendors are selling the yellow leaf and that too at a higher price than the other leaves. However, the effects of the yellow Aceh are much more potent and long lasting as compared to the other strains. It gives an almost immediate mood lift and helps to boost your endorphin flow hence enabling you to focus better and relax when needed.

How Much Aceh Should I Take?

Aceh Kratom is a relatively new strain in the market. Even then, users on Pinterest and other Mitragyna forums online have found the strain to be extremely potent and exciting to use. However, many beginners with kratom believe that they need to use different strains in a different manner. However, in actuality, the dosage of your strain should depend upon your age, weight, and body tolerance. Some strains are more potent than others and should be used with the required caution. However, the general dosage for the Aceh Kratom is as described below. Before you try a new strain however, it is advised to use a small portion of the strain to see whether or not there are any allergic reactions to the strain before using it regularly. Basically to start off the Aceh strain as it begins with a threshold dosage of two to four grams. When the effects of the strain do not hit as strong as you want them to, slowly increase the dosage up to fifteen grams. Be careful to not use a large amount of the strain because it can result in nausea, diarrhea as well as dizziness. There are a number of vendors online selling measuring spoons and scales along with their products. 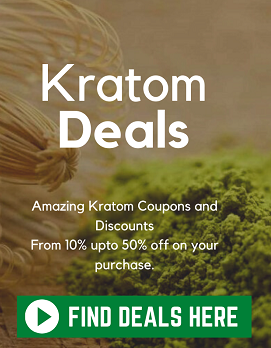 Diana Henry
I’m a food creator who loves to experiment with a plant-based food in the kitchen. I became interested in cooking while spending five years traveling around the world as a travel writer, where I had the opportunity to explore cuisine from all over the world. I started to experiment with local produce and re-creating the meals I had tried at restaurants. Today I run a vegan subscription box and work as a freelance food writer and recipe developer for companies and magazines.

Kratom Kombucha- All The Secrets To This Rare Brew

Are The Benefits Of Kratom Worth The Risks?

Is Buying Kratom On Amazon A Good Idea? | Is It Possible To Buy...